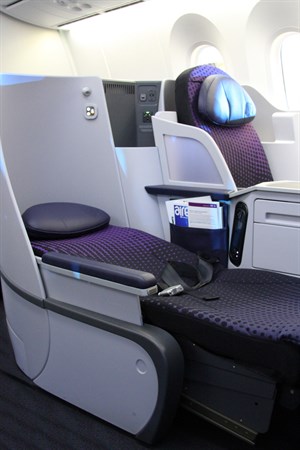 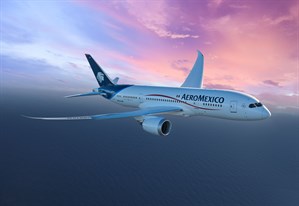 Starting May 17, Aeromexico will offer direct daily service on the London-Mexico City route to continue strengthening ties between Mexico and the United Kingdom.

Aeromexico operates the route with the most advanced and modern commercial aeroplane in the skies, the Boeing 787-8 Dreamliner. The aeroplane has a 2-2-2 seat configuration in Clase Premier with 32 seats which recline into fully flatbeds at the touch of a button, plus 211 Economy seats. The cabin also has larger windows, a seatback entertainment system with individual touch screens and Sky Interiors LED lighting. The aeroplane’s advanced technology also improves cabin air pressure and humidity, to reduce jet lag symptoms and fatigue. See: https://world.aeromexico.com/en/travel-with-aeromexico/the-aeromexico-experience/
dreamliner/?site=uk 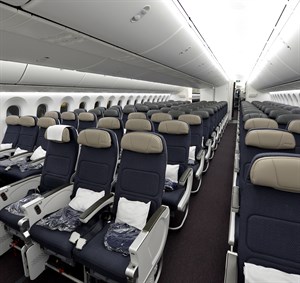 Aeromexico began operations between the two countries in 2012 with three flights per week, increasing service to six weekly flights in 2016, and will now offer a daily nonstop service between London and Mexico City. The airline operates out of Terminal 4 at the London Heathrow Airport along with other SkyTeam partners, and out of Terminal 2 at the Mexico City Airport.

This new flight consolidates Aeromexico's position as a major player providing air connectivity to these destinations. The carrier’s ample route network spanning 44 destinations in Mexico, 19 in the United States, seven in Central America and the Caribbean, and eight in South America. This efficiently serves the growing demand for air travel in both countries, which has increased significantly in recent years. 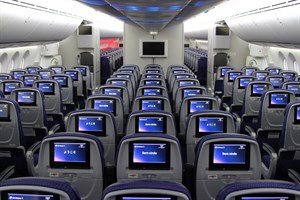 The Mexican Ministry of Tourism reported that the domestic destinations with the highest inbound English visitor rates in 2016 were Cancun/Riviera Maya, Mexico City, and Puerto Vallarta, representing more than 98% of all tourists traveling to Mexico from the U.K.

Furthermore, English traveler’s interests have spread beyond tourism to business due to increased trade and economic development between the two countries, with significant growth in the financial, investment, energy, manufacturing and education sectors. Thus, Aeromexico continues to strengthen its presence in London and reaffirm its commitment to further improve connectivity and relations between Mexico and Europe with enhanced travel experiences and increased air connectivity.

Grupo Aeromexico, S.A.B. de C.V. is a holding company whose subsidiaries provide commercial aviation services and promote passenger loyalty programs in Mexico. Aeromexico, Mexico’s global airline, offers more than 600 daily flights and operates its main hub out of Terminal 2 at the Mexico City International Airport. Its route network spans more than 80 cities on three continents including 44 in Mexico, 19 in the United States, 15 in Latin America, four in Canada, four in Europe, and three in Asia.

The Group’s fleet of more than 130 aircraft is comprised of Boeing 787, 777, and 737 jet airliners and next generation Embraer 190, 170, and 145 models. In 2012, the airline announced the most significant investment strategy in aviation history in Mexico, to purchase 100 Boeing aircraft including 90 MAX 737 airliners and ten B787-9 Dreamliners.